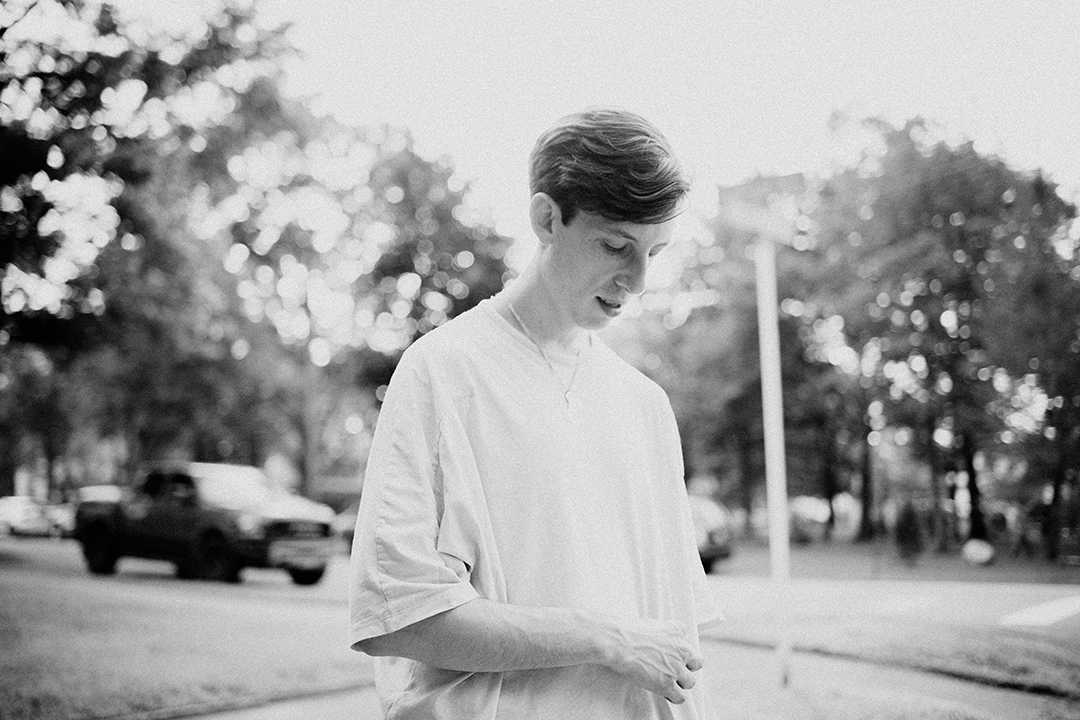 Through an extensive catalog of collaborations, singles, EPs and 2016’s Secret Boy LP, Wicca Phase Springs Eternal aka Adam Mcilwee has become a celebrated pioneer in a vital new direction of underground music. Wicca Phase's forthcoming LP - his most focused effort to date - will be coming out on Run For Cover Records in early 2019.

McIlwee’s innate gift with words can be traced back to his time in Tigers Jaw, the widely influential band he fronted before walking away in 2013 to set path on an ambitious new chapter. He would refine Wicca Phase’s unmistakeable sound with each release, blending the incisive wit of songwriters like Nick Cave with heart-on-sleeve earnestness and fearless experimentation with modern hip hop production. Unique combinations of dark electronics, trap rhythms and alternative music that initially caught some listeners off-guard, but as his style developed, his audience grew as well.

Inadvertently at the forefront of a burgeoning musical movement, McIlwee co-founded GothBoiClique: a 10-person collective that assembled some of the best artists of this new style under one banner, and helped shape its fervent community. Meanwhile, as a solo artist, Wicca Phase demonstrated that despite the growing popularity of the sound he helped forge, he exists in a creative sphere all his own— releasing 2017’s acoustic Raw and Declawed EP and most recently a collaborative track with newfound label mate Georgia Maq of Camp Cope. His expressive voice is the crux: simultaneously assured and vulnerable. An intriguing combination of mystery and honesty that welcomes new listeners without ever compromising his passion to evolve.