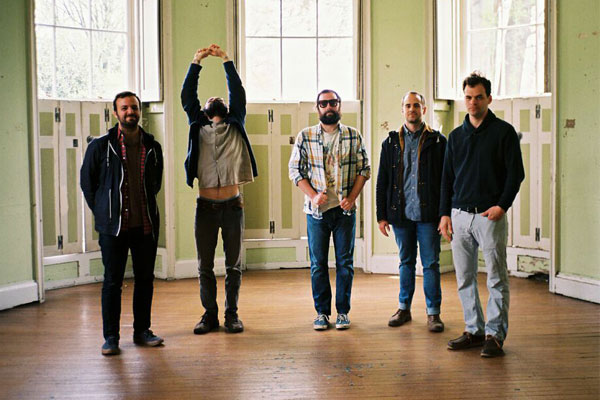 It is by no cosmic mistake that mewithoutYou have become one of the most fascinating experimental rock acts of their kind in this modern day. The last 15 years of their storied career have bared witness to the Philadelphia five-piece exercising stylistic evolutions and aerial dynamics with a humbling awe and untamed ambition. At their roots may be the foundations of a theatrical progressive post-hardcore act, but their continuous movement forward as independent artists delving into parts unknown have made it impossible to tell exactly how far out those roots will ultimately branch out.

Throughout it all, the one constant in mewithoutYou's story has been lead singer Aaron Weiss' ability to create a multifaceted sonic experience where rock is ornate and epic, words shape-shift between the personal, emotionally wracked, and sometimes ambiguously metaphysical. Never once does the weight of any of this become too big for the quintet to shoulder. It's what defines them. This being said, it shall be colorfully stated that mewithoutYou's sixth full-length album Pale Horses is the biggest music adventure yet conceived from within Weiss and the band's expanding tapestry.

In this meandering rendering of a world apocalyptic, mewithoutYou branch themselves organically back toward the transparency of 2004's Catch for Us the Foxes and 2006's Brother, Sister without necessary retracing any of their past steps. Weiss' vocals test their limits by subduing his signature holler into the foreground in exchange for whispered storytelling and carefully sung chronologies. Entering Studio 4 alongside producer Will Yip has transformed their transcendental rock into a widescreen experience, with guitars capturing surround sound tremolo, its drums and bass lines quaking with the faults of the earth, and an army of atypical multi-instrumental nuances ringing in the paranoia, mass hysteria and peaceful exaltation. This is mewithoutYou breathing fresh life into the end times, and it's both gloriously terrifying and beautiful all at once.

Pale Horses also marks a new beginning of sorts for mewithoutYou in their seasoned career as artists, as it's the first album of theirs to be released on Run for Cover Records. A small aside in the grand scale of their success and ongoing narrative, the decision to team with the rising Boston independent label is a testament to the band's insatiable hunger to push creativity outside of the box, and transform its shape every in moment along their way.